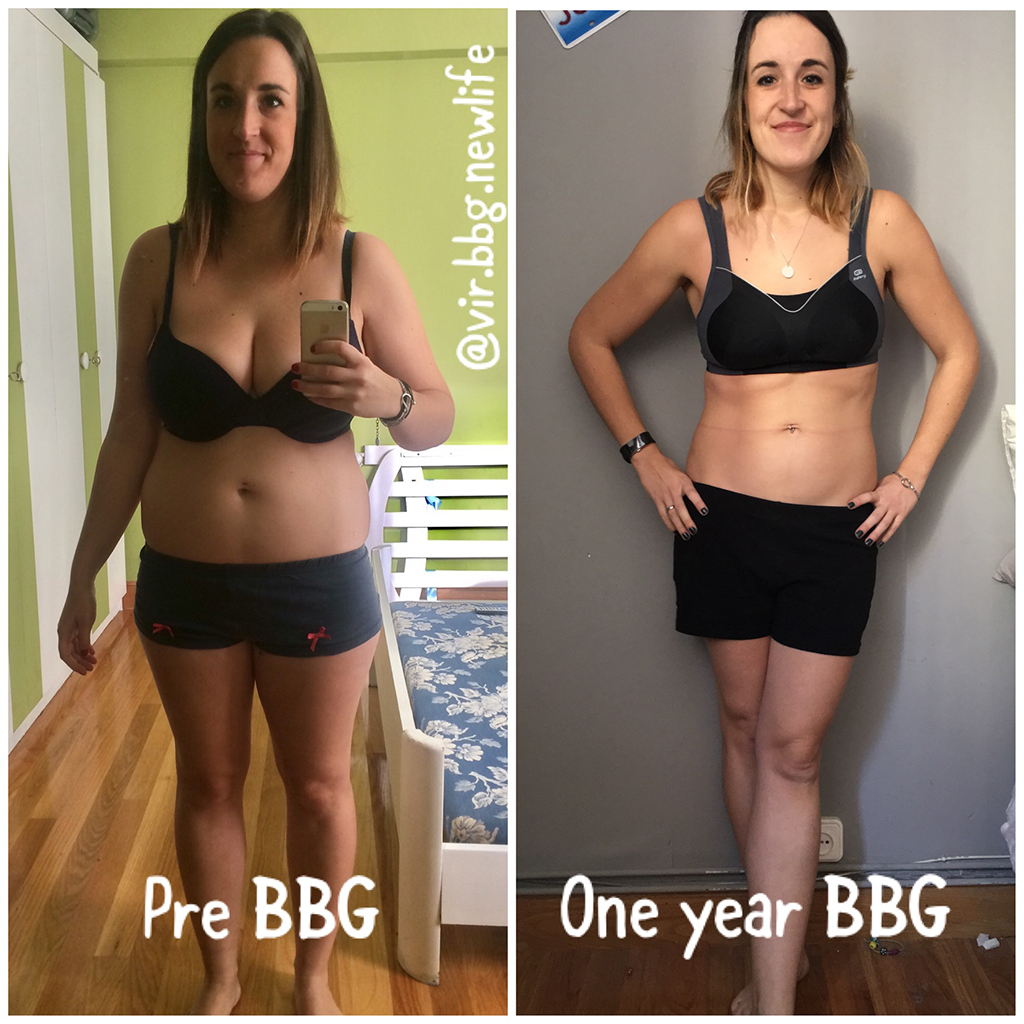 Lots of mums tell me that once you have children, finding time to workout and to prepare healthy meals can be very challenging. I know it’s not easy, and I’m always so excited when BBG mums decide to share their stories with me!

These two ladies are so amazing, you need to read their stories:

Virginia practiced rhythmic gymnastics from a young age, right through until she began college. Once she began college, Virginia explains that she found her lifestyle becoming much less active. Her weight began to go up and down.

In 2014, Virginia fell pregnant and gained some weight throughout her pregnancy. After giving birth to a beautiful son, Virginia developed postpartum depression. She found herself gaining more weight.

Feeling unhappy, Virginia knew that she had to make a change. “My son was one year old and was already starting to walk. It was then I realised that I was not going to be able to follow him around, that my body was not prepared for this new stage. Thanks to him I opened my eyes.” Virginia wanted to be the best mum possible, and she began to take care of herself and her diet.

When Virginia found my BBG guides, she was concerned that she might not be able to do the workouts. But she felt encouraged and wanted to give it a go. “I made a fit account on Instagram and here I am! 15 months later I still love my workouts!”

As well as loving the workouts, Virginia also found some love for herself! Her clothes began to gradually feel looser and that encouraged her to keep up the workouts. “At the end of the first round, the changes were incredible and people around me started to notice it and tell me as well. After a year, I have reduced my pant size by two, and although I still have a way to go, I love myself a lot more!” Virginia also has much more energy to chase after her son, and feels happier too!

Amazing work, Virginia! I know your son will learn so much from his healthy and happy mum! Keep it up!

Amazing Angela began my BBG program after having her fifth child. Angela explains that this was her third child in three years, and she had gradual weight gain with each pregnancy. She felt very lethargic and wanted to be able to look after her family properly.

It had been a while since Angela had followed an exercise routine, and she relied on the convenience of quick-grab, low-nutrient foods. Then Angela’s friend introduced her to BBG and it sounded so good, she decided to start. “I downloaded the app on the spot, quit processed food and sugar, started drinking litres of water a day and never looked back.”

Now, Angela does her workouts at home with another BBG mum! She happily says her energy levels are higher than they have ever been. “I’ve gone from a size 14-16 to an 8-10. I am so strong and find my muscles changing and building on a weekly basis.” Not only that, but Angela says she is sleeping better than ever and can handle stress so much better than before.

For Angela, BBG hasn’t just been about losing weight. She is a busy mum to five children and feels healthier than ever. She believes her whole life has changed, thanks to starting BBG.