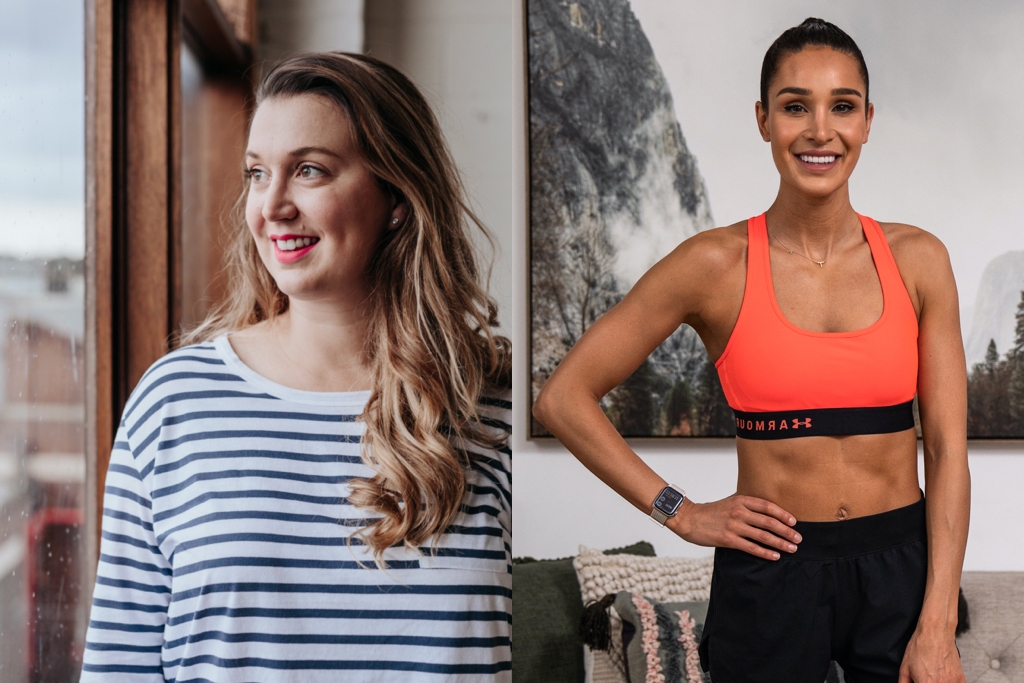 Erin has been on a massive journey of transformation — and so much of it has been about her mindset.

In the past, she had trained using my BBG program, but quit after a previous boyfriend had told her that she was “obsessed” with it. This year, she realised there is NOTHING wrong with making health and fitness one of her top priorities.

It’s such a powerful message — I honestly had goosebumps throughout my entire conversation with Erin (she’s @sweatformymind on Instagram), and I know so many of you in BBG Community will relate to her story too. This woman is AMAZING — meet Erin!

Erin: My name is Erin. I'm 33 and I live on the Mornington Peninsula, about an hour out of Melbourne, with my Border Collie, Fletch. I started a business called Young Folks Digital, about three years ago.

Me: What barriers have you pushed through in your life?

Erin: I feel a little exposed admitting it, and I hope that by talking about it, it encourages other people that might've experienced similar things that there's a better way. But I’ve had, you know, a previous boyfriend that had said, “You're obsessed with BBG.” You know — “It's selfish. You're not spending any time with me.” And that was a bit of “Okay, I've got to look after his needs”. And then there's the business’ needs. And then there's being a good daughter and a good sister and a good friend. We're brought up in a society that tells us to put ourselves last. Coming into the flip side of that, in a pretty transformational year, I've sort of realised that looking after my own needs is the ultimate act of self-care. And that includes putting my fitness at the fore. Because that's when I’ve got my best mental health and my best physical health.

Me: I just got like full-body goosebumps. Like it is the best. Like I just, yeah, I just couldn't even put it any better. Far out.

Me: What did your journey back to fitness look like?

Erin: I've always had running in my life, and I found that to be a great kind of meditative release. And then when I found BBG, it was just time, I think, for something that was structured. I really, really enjoyed the incremental increase in difficulty.

Me: What did you think of the BBG Zero Equipment workout?

Erin: I was shooketh, honestly, I was like, oh no! This is so much harder, and it was such a wake-up call, that shaking up your routine is so important. This is all bodyweight. And it's so damn hard. And I'm puffing, like I'm breathless and sweating.

Erin: My mum did a SWEAT workout with me, and she — like we both had self-limiting beliefs. I think that's another thing that just happens to women. Like we're just told to fit in this box, and we think I’ve got to be nice and be good, and there's so many things I can't do. It’s so about flipping that narrative. And I remember mum saying, “I don't think I can lift anything.” I said: “I bet you can do it. Do it with these cans.” And so we did that together. We’re sharing a push-up challenge now.

Me: Looking back, what advice would you give yourself?

Erin: You should disappoint everyone else before you disappoint yourself. And that you are stronger and more powerful than you think. And anything that you put your mind and your body to, you will be able to do with the right amount of practice.

There’s nothing wrong with making time for YOU

I know sometimes it’s easier said than done, but Erin’s story is a great reminder that it’s okay to make time for YOUR health and fitness.

Once you’ve made a commitment, your journey with health and fitness will be unique. That’s why I created my program BBG Zero Equipment — it’s flexible and designed to fit in with YOUR lifestyle.

You don’t need ANY equipment to get started, so you can start making time for exercise today!