‘I Want Women To Feel Like They Can Do Anything’: Begin Again Part 4 – Kayla Itsines
Sign Up

‘I Want Women To Feel Like They Can Do Anything’: Begin Again Part 4 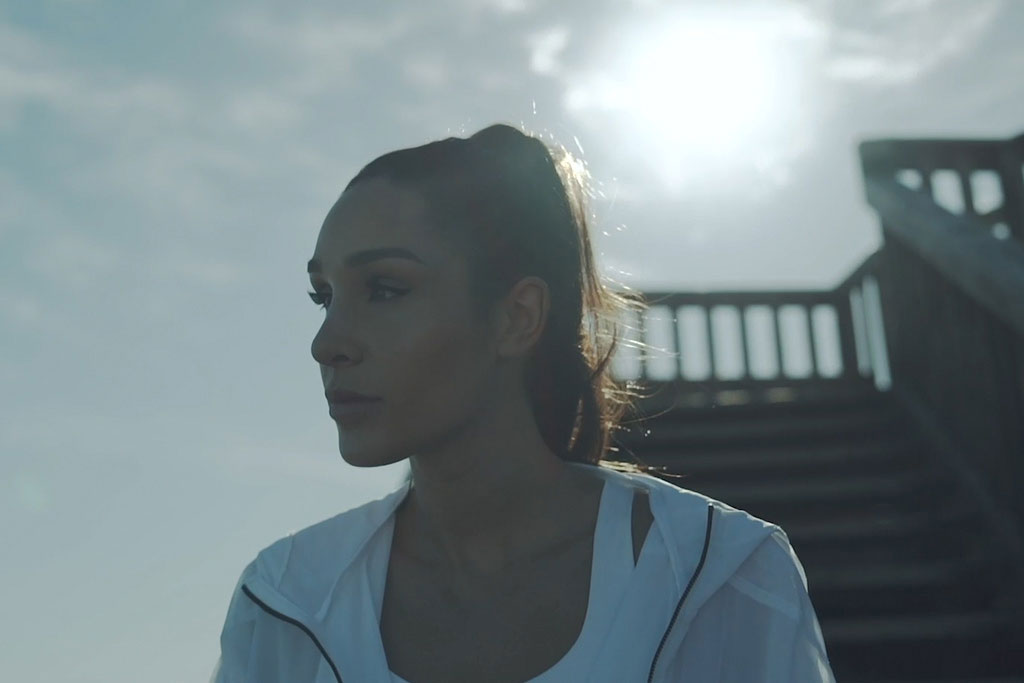 Looking back on my postpartum journey now, it’s hard to believe how far I’ve come.

I didn’t want to share how I was feeling at the time with anyone — I was frustrated and scared to be vulnerable  — but I have learned so much from the experience. I’m happy to acknowledge what I’ve been through in my IGTV series Begin Again, because I’m actually SO proud of the progress I’ve made from those low points.

What’s important to me is that now I know exactly what it’s like to feel weak, and to want someone to show you exercises that can help you feel better. It’s only through gaining this knowledge that I was able to create BBG Beginner and Post-Pregnancy.

I never expected to be a beginner with fitness, but I'm now so grateful as it gave me the motivation to help women with my new programs, and to make everyone in the BBG Community feel supported — we’re in this together!

‘I want to know when I’ll feel normal again’

When I was training again after having Arna, I wrote a journal.

One of the entries reads: “I am so, so sore. I am so tired and I am so unmotivated.

“I want to know how long it's going to take me to feel normal again.”

I don't want people to think that I cruised through my pregnancy or my return to exercise after giving birth. My journal entries from that time show that I definitely did not cruise through.

I struggled to even walk on a treadmill

My first post-pregnancy workout after getting my 6-week clearance to return to training was just a 14-minute walk on the treadmill.

I was SO scared. My heart was beating out of my chest.

I related it to the feeling you have when a car pulls in front of you and you suddenly brake. There’s a moment of: “I'm going to die. Oh my God.” That’s what it felt like.

I was in a situation where I couldn't put the speed down quickly enough, and I wasn’t able to jump so my feet were either side of the treadmill.

I actually thought I was going to land straight on my face!

The treadmill eventually slowed down and I ended up walking at three kilometres per hour and I lasted for 14 minutes. I was shaking the whole time.

All I was saying to myself was: “left foot, right foot, left foot.” I honestly felt crazy at the time — like this cannot be my life. I can't even do a LISS walk on a treadmill.

I pretended I was fine. I wasn’t

I hid how I was feeling from everyone.

I held back because I had a sense of responsibility to be strong for the BBG Community.

I had the feeling that women were looking to me, and if I broke down then the response would be: “Well if she can't do it then none of us can.”

I isolated myself from the BBG Community and looking back, I feel that was a huge problem because I didn’t get the support I needed. I hid what was going on and pretended I was fine when I most certainly was not.

There was nothing for me when I needed it most

Having a baby was the best thing that has ever happened to me. It was the most amazing experience of my entire life. However, emotionally and mentally I found it SO hard.

After giving birth and returning to exercise, I felt weak and was experiencing the lowest of lows.

I was also scared and frustrated because I felt like there was nothing out there, and no one to help me.

I wanted someone to tell me what to do. For the first time in my life,

That wasn’t available, and I actually became quite angry that there was nothing there for me when I needed it most.

I’m proud there’s now a program for ALL women

It was during this time that I realised I wanted a program that didn't exist.

The frustration I felt at the lack of anything for women in my situation, led me to create two new programs; Post-Pregnancy and BBG Beginner. I did it because I realised there was a need for them.

It wouldn’t have been authentic for me to have created these programs at any time other than now, because prior to this experience I couldn’t have known how women feel post-pregnancy.

What I wanted at the time was an introduction to training. And I came to realise that I wanted to create programs to build people up — build their strength and confidence so they’re able to eventually do BBG.

When I first released BBG in 2014, there was no real consideration of a beginner program, because people were asking for the training I was doing at that time. So I said, “Here, this is what I'm doing.”

I want my programs to make women feel empowered

Looking at all of my programs now — including the new ones — I'm SO proud of the journey I can take women on.

To me, that is the best feeling in the world.

I have a really special surprise in store for you!

The past year has been an incredible experience of both highs and lows.

I’m so glad I’ve finally been able to tell you more about the journey I’ve been on in Begin Again, and I’m so grateful to all of the women who’ve commented and shared their own stories too.

And there’s still more to come!

I have a really special surprise in store in an upcoming episode, so stay tuned. I promise you, the story in Part 5 will definitely inspire you!

Have you seen all four episodes of Begin Again? Comment below!