Begin Again Part 3: ‘I'd Been A Trainer For 10 Years And I Was Lost’ – Kayla Itsines
Sign Up 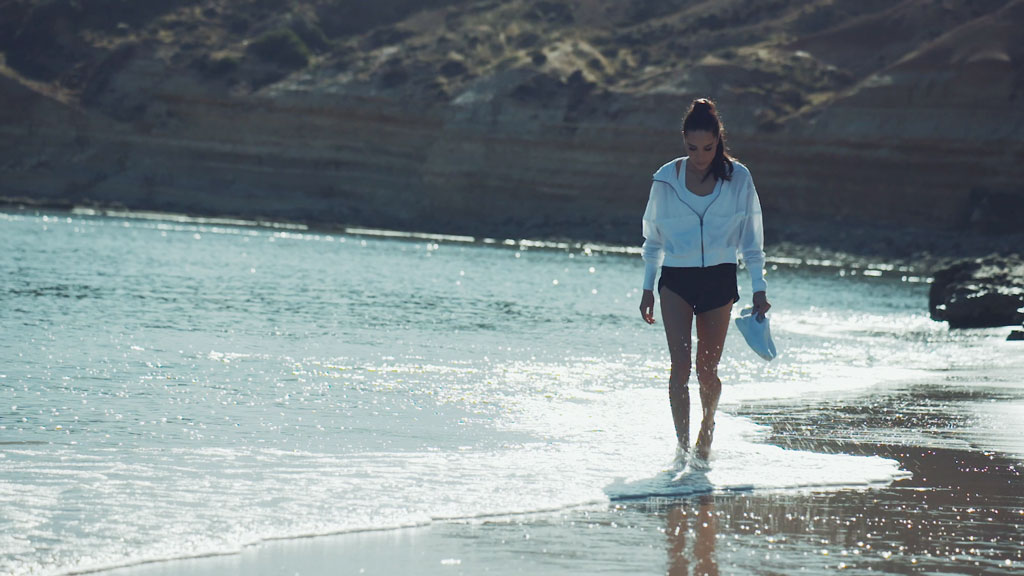 There have been some moments over the past few months where my experiences have led to big changes in my outlook.

It’s been really important for me to share more of this journey in Part 3 of my IGTV series, Begin Again, because I wanted to explain what actually led me to create my new programs, BBG Beginner and Post-Pregnancy. I also wanted to share where the shifts in my mindset have come from; the times when I felt weak, lacking in confidence, and really, really vulnerable.

But it was these struggles that gave me a whole new level of understanding of what it’s like to begin again with health and fitness, and I want to share what REALLY happened with you, the BBG Community.

When I felt completely broken

Arna is the most incredible little human, but my pregnancy and having a Caesarean took a big toll on my body — it felt like it had completely broken me. I felt like I was never going to regain my strength and confidence ever again.

Before I had Arna, I thought: “I’m going to give birth, then I’ll get my six-week clearance. I'm going to get straight into BBG. Everyone else has; I'm going to do it, too.”

Then I got my six-week clearance, and I couldn't even sit up to get out of bed.

The day I went home from the gym and cried

I never thought I would be in a position where I'd have to start again.

There was one point after I’d returned to exercise, where I tried to do a chin-up and I couldn't even lift myself up.

I turned it into a joke and laughed it off.

I'd been a trainer for 10 years and I was lost.

I had no idea what to do at that point because I walked into the gym and I understood exactly the fear and anxiety women have felt walking into the gym. It’s something I had heard a lot from women I’d trained and in the BBG Community in the past — and I was right there with them.

I now understand where the frustration comes from if you’re in that position.

My big moment of realisation

I remember the first time I even tried to get out of bed, and I made a joke to Tobi. I said: “This is what it feels like when you have no core muscles.”

Then something clicked, and I thought: “Doesn't my BBG program in the first week have straight-leg sit-ups?”

I honestly felt so bad because I didn't want women to feel like they weren't confident because of my programs.

I realised there was a huge need for something for women who were just beginning their fitness journey.

I'm happy to say that now, but if you asked me that before I had Arna, my response would have been: “It’s all right, just modify the exercises. Go at your own pace.”

That's not fair to say to someone who has never exercised before or who was in the position that I was in — who had to think: “Okay, if I get on the ground, how am I going to get back up?”

It's not fair, but I understand that now.

I'm more patient and I get it when mums say: “I don't have time to exercise” or “I can't get up off the floor” and “I can't do this exercise”.

Not anymore. Now I know there are times you physically cannot do that exercise — and that’s okay.

I’ve changed a lot from how I was previously — I feel like I’ve gone from being “tough love” and hard on my clients to being more soft and understanding — I will take a moment to pull them aside and say I completely get it if they’re struggling or they need help on how to overcome barriers on their health and fitness journey.

When my worlds collided, everything changed

As I returned to exercise after pregnancy, I felt like there were two completely separate parts of my life. There was me in the gym feeling so anxious, scared and frustrated. And then there was me at home, feeling so happy and in love with my baby.

I knew I had to make these two parts of my life come together — I had to work out to feel stronger, to feel confident, and to be the best mum I could be.

When those two worlds collided and when I started training properly, everything just got better.

I remember the time I picked Arna up and it was the first time I felt no pain. I felt this white light, a sense of happiness around her. I was thinking: “I'm strong enough to hold you and I feel confident. THIS is life now.”

I felt incredible — like those two worlds of health and fitness, and being a mum had finally collided and come together in the best way possible.

The part of my post-pregnancy journey I hid from everyone

Even though I’ve spent time in the last few months creating my two programs — Post-Pregnancy and BBG Beginner — it wasn’t always a straightforward process.

When I started to work out again after having Arna, I was so scared.

In the next part of Begin Again, I talk about the aspects of my postpartum journey I hid from everyone. I basically just pretended I was fine when I most certainly was not — stay tuned for Part 4 of my IGTV series!

Have you seen the first three episodes of Begin Again? Comment below!

‘I Want Women To Feel Like They Can Do Anything’: Begin Again Part 4 Why I’m Getting Real About Pregnancy In My IGTV Series